LAPIS LAZULI
Ancient Egyptian legends say that lapis lazuli existed before ‘time was born’ as it is the stone that gives admission to the ancient sacred mysteries. It also gives access to hidden planetary knowledge and creates a link between the physical and celestial worlds.

DIMENSIONS
Lamen Amulet: 48mm x 68mm (2¾ x 1¾ inches) Height x Width.
Silver Chain: 45cm.
As each Isis-Urania lamen amulet is hand made there can be slight variations in the dimensions of each item.

DECLARATION OF AUTHENTICITY
This magical amulet comes with its own card showing a declaration of authenticity. It is a magical ritual item of the highest integrity that has been individually empowered and inspirited by master alchemist, ritual shamaness and High Priestess of the ancient people Franchelle Ofsoské-Wyber and will be recorded and numbered in a special database.

Specially created for those wanting to work with magic and ritual to 'purpose good'.

Note: We have very limited stock of the Isis-Urania Lamen Amulet available in each shipment. Your order will be processed immediately and your amulet, if in stock, will be dispatched within 5 working days. Alternatively, you will be the first to receive your amulet from the next shipment, which will be in approximately 8 weeks.

I feel like the Goddess when I wear it

"From the first time that I saw the Isis-Urania Lapis Lazuli and Moonstone Lamen amulet I knew that I had to wear it as it was a part of me. When I first put it on it felt like it belonged to me. I feel like the Goddess when I wear it. I also have had many comments while wearing it and was told that it definitely suits me." 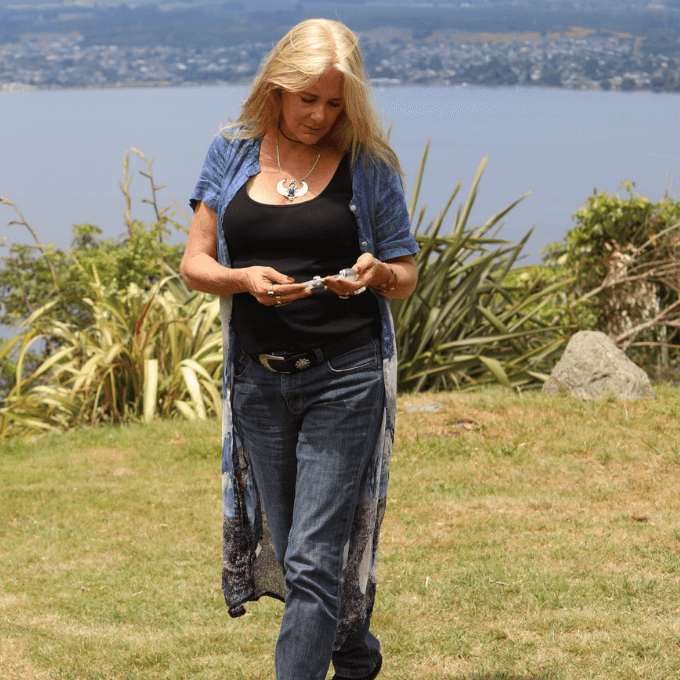 "When I first saw the Isis-Urania Lamen Amulet I absolutely knew it was for me. When I opened the box and wore the amulet for the first time it felt so incredibly ancient and sacred. I wear the amulet everyday and feel as if the goddess is embracing me. I can at times feel it pulsing with energy.

I am aware of how this amulet links me through and out of time, uniting heaven and earth. It is as though this is an ancient relic that has been brought back into the 21st century and filled with the magic of creation. To walk within the embrace of the goddess is truly a great honor and privilege."